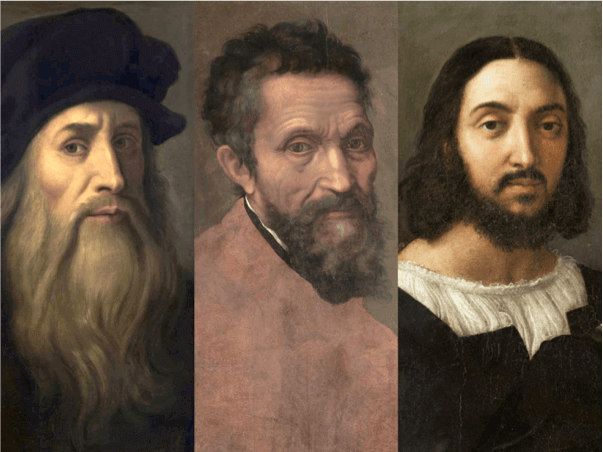 Leonardo, Michelangelo and Raphael :
Three geniuses at the center of the world

In 1513, Leonardo da Vinci landed in Rome where Michelangelo and Raphael had already been working for several years. The clash of titans, masterpieces and destinies that ensues is inevitable.

Unique moment in history when the three geniuses of the Renaissance will live together, create and inspire each other in the grandiose setting of an Eternal City in full mutation, dominated by an extravagant new pope, Leo X, a Medici.