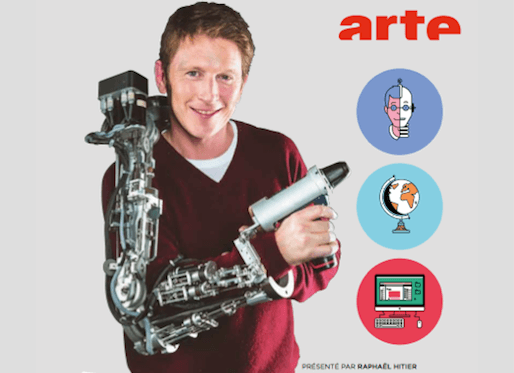 Premiering on February 1st, 2014, at 1.15 p.m., FUTUREMAG, a weekly TV magazine with its web companion site, will air every Saturday on ARTE.

FUTUREMAG will focus on inventors and innovators all over the world, introducing the new discoveries which will have a major positive impact on our future.

Hosted by Raphaël Hitier, the program will cover 3 major areas – Man, Earth and Objects -, dedicating each segment to one special invention.

FUTUREMAG was developed by Effervescence Label, in co-production with ARTE France, the French National Academy of Technologies and Universcience, in partnership with the magazine Usbek & Rica as well as La Netscouade, a web agency.