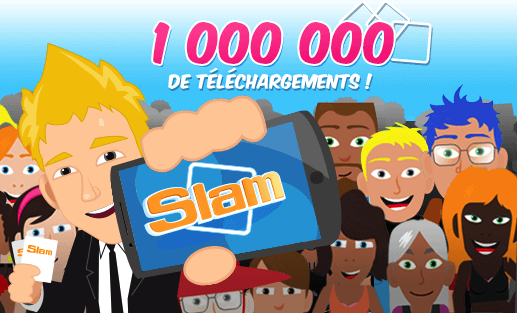 Available for smartphones and tablets since March 2014, the trivia and crosswords game has passed the 1 million downloads mark!
Building on the success of the daily game show, as well as its online version launched in 2012, SLAM now stands out as a major quiz app.

Humor, vocabulary, spelling, general knowledge, and quick-wittedness are the key features of this casual game based on the word game show airing on France 3.
Uncover the words and solve the grids by cracking clues, play your way through hundreds of levels and dozens of worlds with the help of new bonuses!