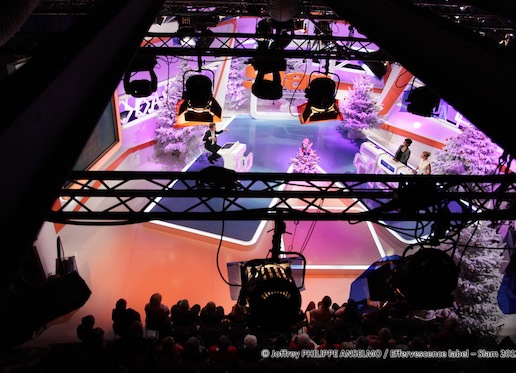 New record for Slam, the daily access prime time game show hosted by Cyril Féraud. Yesterday the show captured a 15.5% audience share – 1,835,000 viewers. Since the beginning of the season, this game show has performed beautifully and is now considered a France3 flagship access prime time program.

During the Christmas holidays Slam plans to redecorate for the winter season. To celebrate, French television personalities will confront each other for a fun-filled battle and enjoy Cyril Féraud’s clever sense of humor!

Slam online now has its own page on Facebook for fans of the Internet version of this addictive fun filled game. Do not forget to use the “like” button!