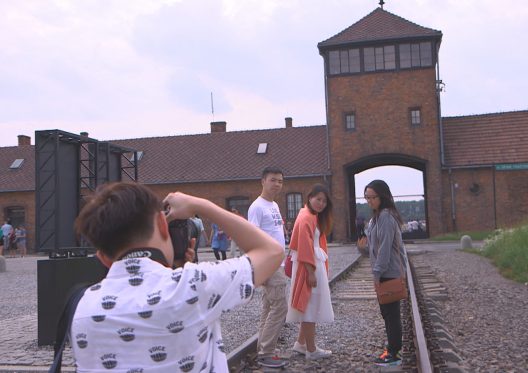 The documentary was broadcast at UNESCO on Tuesday, October 10th.

Available now on DVD and VOD

For 70 years, the site of Auschwitz, incarnation of the Holocaust, has been the scene of hijackings and clashes, looting, various attempts at instrumentalisation and storytelling … Beyond the factual narrative, the documentary brings us back to the various questions that have followed one another: What to do with the site? What is its vocation? What are the threats that weigh on this place of memory and transmission today? A tormented story, never told, whose future is written today.

“Through the views, analyses, testimonies, and especially the questions on urbanization, mass attendance, the conservation of the camp, Jonathan Hayoun’s film helps to pose with rigor and clarity the terms of a complex debate, far from being closed » – Le Monde

“A rigor and a synthetic sense affirmed. The extent of considerations carried out by Saving Auschwitz? makes the quality of this documentary ” – Télérama