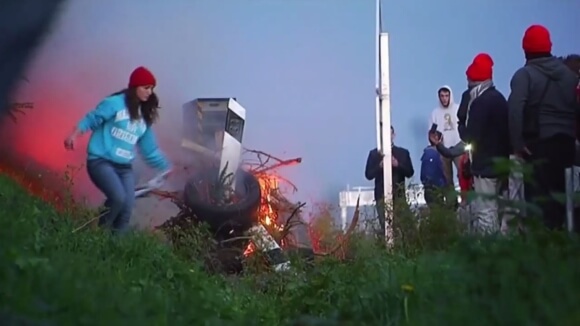 A posthumous analysis of a political scandal : the French Ecotax • 2017 • France 5

— A posthumous analysis of a political scandal : the French Ecotax

How did a consensual idea become both a political fiasco and a 1.2 billion Euro financial scandal? Lack of political courage? Submission to special interests? Incompetence? Fear of a regional uprising?

The decoding of a resounding failure based on the unpublished testimonies of the main protagonists: Dominique Bussereau, Cécile Duflot, Marc Le Fur, Nathalie Kosciusko-Morizet…

A captivating and fast-paced investigation behind the scenes of a political system.

Directed by Ella Cerfontaine
Produced by Simone Harari Baulieu
with the participation of France Télévisions
and of the CNC
An Effervescence Doc production broadcast on France 5 on September 27 at 8:50PM.