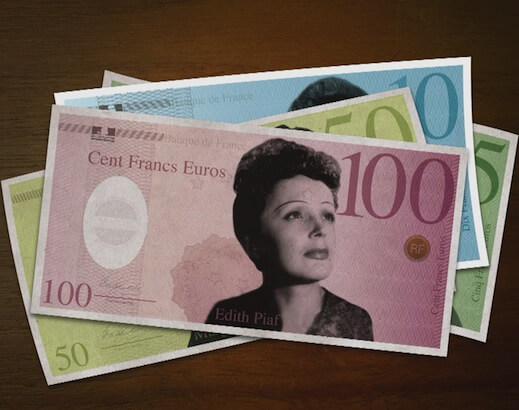 What if France decided to quit using Euro as its currency? And what if France returned to its own national monetary system, as some economists and politicians are advocating? What would happen? What would be the consequences on agriculture, industry, commerce, employment? And what about the impact on daily life in France?
Bye Bye €uro offers a fictitious but potentially realistic scenario: abandoning the European monetary system which has taken more than 20 years to develop. But the contributors to this film, which include top-level officials as well as anonymous trend-representative interviewees, are actually real people. They imagine how they would react and how their life would be impacted, both hypothetically and realistically.
A fictional documentary based on a potentially very real what-if scenario.

A film by Ella Cerfontaine

Produced by Effervescence for France 5 in 2015