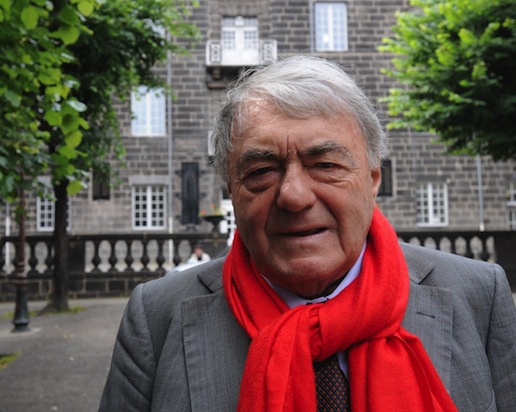 — Claude Lanzmann - There is Only Life

Never has the word “impression” been more aptly used to describe the profound mark left on the mind by a film which is both a work of art and a life experience. There is definitely a life altering “before” and “after” while experiencing Shoah. It fosters not only a new consciousness about historical facts (the extermination of Jews in Europe) but its artistic cinematic approach deeply affects our emotions as facts and testimonies are narrated.  Lanzmann did not just become famous for ‘Shoah’. He was a philosopher before becoming a filmmaker and was involved with Jean-Paul Sartre and Simone de Beauvoir and their favorite causes particularly their fight against colonialism.  The program attempts to depict the diversity as well as coherence of his life journey as a witness bearer, an actor, a director and a writer, and perhaps most of all, an exemplary fighter for truth as well as an advocate for the sanctity of life. Memories of his adolescence in Clermont-Ferrand, a master-class in Berlin, and excerpts from his films, attempt to define his body of work and his journey through life with solemnity and humor.

A film by Laure Adler and Sylvain Roumette

Produced by Effervescence for France5 in 2009