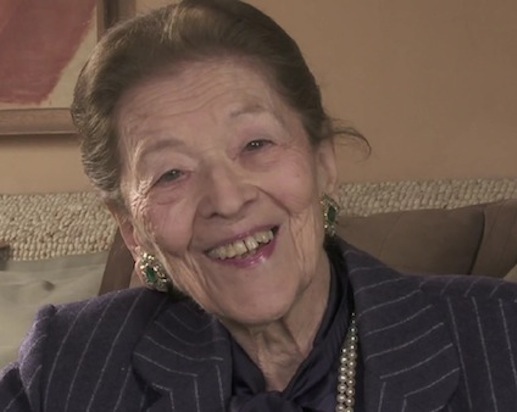 November 1966, Edmonde Charles-Roux receives the Prix Goncourt for her novel Oublier Palerme – 1966 Grasset (To Forget Palermo – Delacourt Press, 1968). This prestigious prize brings to the limelight a writer who before had been relatively unknown. Daughter of a French Ambassador, she could have lived out her life as part of the upper-class bourgeoisie, but she chooses to follow a far more perilous yet exalted path. During the war, she volunteers as a nurse on the front in 1940 and then joins the Resistance and participates in the liberation of France. After the war, she joins the staff at Elle Magazine as a journalist and later becomes the editor-in-chief of Vogue, democratizing fashion and promoting feminist causes. She is subsequently fired for daring to put a black model on the cover. Edmonde Charles-Roux has always been a crusader, in her literary works as well as in her personal life. She has fought for women’s rights and become involved in politics, through her photo stories of politicians, artists and people influencing culture, who owe much of their fame to her recognition of their talent.