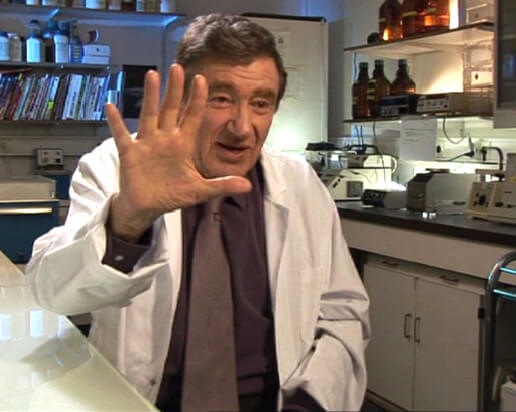 French Scientist Etienne Baulieu is the founding father of the « morning after » pill, a discovery that has empowered women’s freedom of choice : no longer must the life changing consequences of an accidental unplanned pregnancy be imposed on a woman.

Changing lifestyles and social values come at a price. Traditionally, science does not mix well with long established social beliefs and more freedom very often collides with political agendas. It has taken a steady dose of optimism to make the world accept his scientific breakthroughs and this documentary will follow his struggles against recalcitrant pharmaceutical companies, political opposition and social resistance of all kinds.

Today, Etienne Baulieu is focused on freeing men from the harsher conditions imposed by aging. His research has the potential to improve the quality of life for the elderly. It can also bring relief to Alzheimer patients and cure other degenerative diseases. Are we ready for healthier, more productive, longer lives?

Like his father before him, also a dedicated physician and well-known scientist, Etienne Baulieu remains an optimist and a strong believer in the power of science to prevail and foster a better quality of life for all.
A film by Bernard Jourdain and Simone Halberstadt Harari

Produced by Effervescence for France5 in 2007