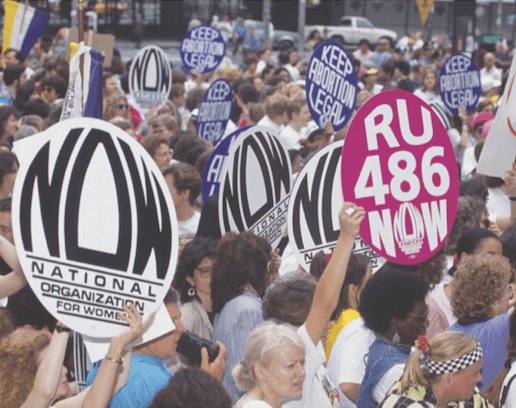 — The French Pill, A Revolution for Women

In 1982, Prof. Etienne Baulieu’s discovery of the abortion pill triggered intensely passionate debates, seven years after the law legalizing abortion. Long years of a fierce battle would ensue until it was actually made available to women.
Immediately targeted by the pro-life movements, the abortion pill became the focus of a virulent ban campaign, never on scientific or medical grounds but on religious, or ideological ones. So much so that ideological concerns even prevailed over the intellectual property owner’s financial interests. A paradox indeed.
In France today, as well as in Germany, Italy, Spain, or in the US, women’s rights activists are rallying to challenge vociferous and often highly organized oppositions.
Why would a medical abortion be so controversial? It is a less invasive and brutal procedure which can be initiated earlier and at a lesser cost than surgery.
In the end, it all comes down to the issue of the rights of women to have control over their own bodies and a final say on reproduction.

Produced by Effervescence for ARTE in 2015