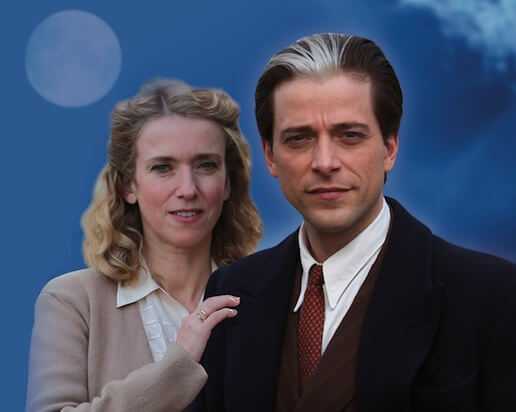 An extremely talented laureate of the very exclusive French graduate school Ecole Normale Supérieure, Pierre Brossolette was a young visionary journalist, driven by an inexhaustible desire to shape leading discourse and opinion. During the Occupation, this intellectual proved himself to be also a man of action and a master of clandestine warfare. Always unpredictable, he showed himself to be a capable, hyperactive leader, always rebellious, somewhat flamboyant, yet at the same time, pragmatic. He ended up being very instrumental in the unification of the Resistance.
A film which pays homage to courage and bravery, which gives recognition to an above-average destiny, tragically interrupted when Brossolette was only 40 years old. An in-depth look at France’s darkest years where we will cross paths with renowned and illustrious heroes of the Resistance (Churchill, General de Gaulle, Jean Moulin, Colonel Passy, Colonel Remy).

Produced by Effervescence for France 3 in 2015