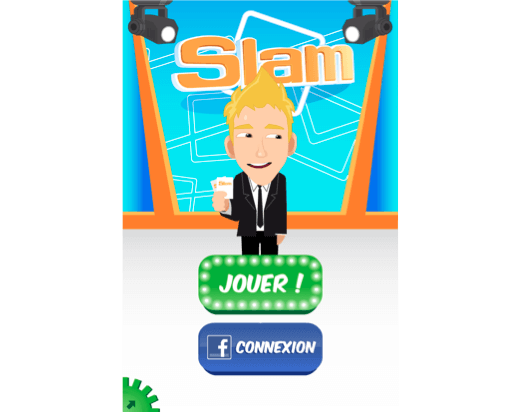 Available for smartphones and tablets since March 2014, SLAM is a major casual game based on the hit word game show airing on France 3.
Humor, vocabulary, spelling, general knowledge and quick-wittedness are the key features of this trivia and crosswords game.
With a touch-friendly interface, clues and many bonuses, as well as hundreds of thematic grids to play, it keeps the player captivated and offers a seamless progress path through the game, from one level to the next, and from world to world.