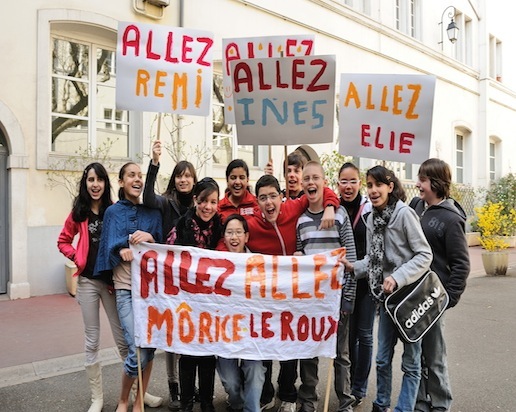 Spelling is a hard job, not only for grown-ups !

For three years in a row, the Great French Spelling Tournament went all across France to find the new champion ! 5,000 kids between 11 and 13 were asked to spell different words : at first easy ones, then harder ones… The tournaments began in their schools and the best kids then competed against each other at regional finales.

The Great Finale gathers the 12 winners in Paris for a very special Prime Time, hosted in 2009 by Julien Lepers, in 2010 by Cyril Féraud and Daniela Lumbroso, in 2011 by Cyril Féraud.

After the Great Finale in Paris, and once the name of the new champion is revealed, a 90’ documentary casts a new light on this 4 months adventure. The film, filled with emotion, follows the kids step by step : we enter their daily lives, and we even meet their parents and teachers !

Produced by Effervescence for France3