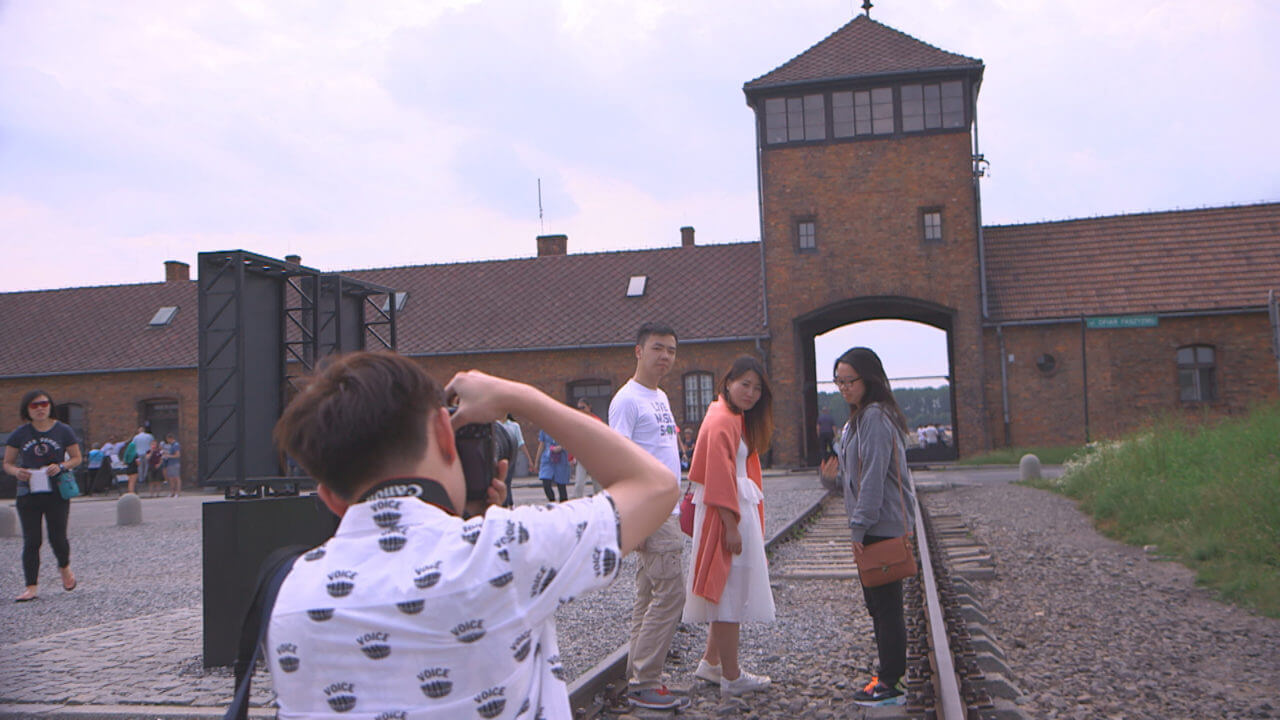 This film relates the history of Auschwitz since the Auschwitz WW2 tragedy.

For 70 years, this site, which has become the dreadful incarnation of the Shoah, is a theater of diversions and confrontations, plundering, attempts to exploit and rewrite its history. Beyond the historical facts, through this documentary, we will revisit the numerous questions raised successively: what to do with the Auschwitz site?   What purpose should it serve?

Today, as the last survivors are passing on, new dangers are emerging: the danger of desensitization through mass tourism, or the attempts of the local town and its citizens to simply erase the nightmare. For this story is also the story of numerous protagonists and their uphill battle to make sure Auschwitz continues to exist as a memorial and powerfully haunting site for humanity.

A tormented history, never-before told, wherein the future is still being written today.

Directed by Jonathan HAYOUN
With the support of the Fondation Pour la Mémoire de la Shoah.