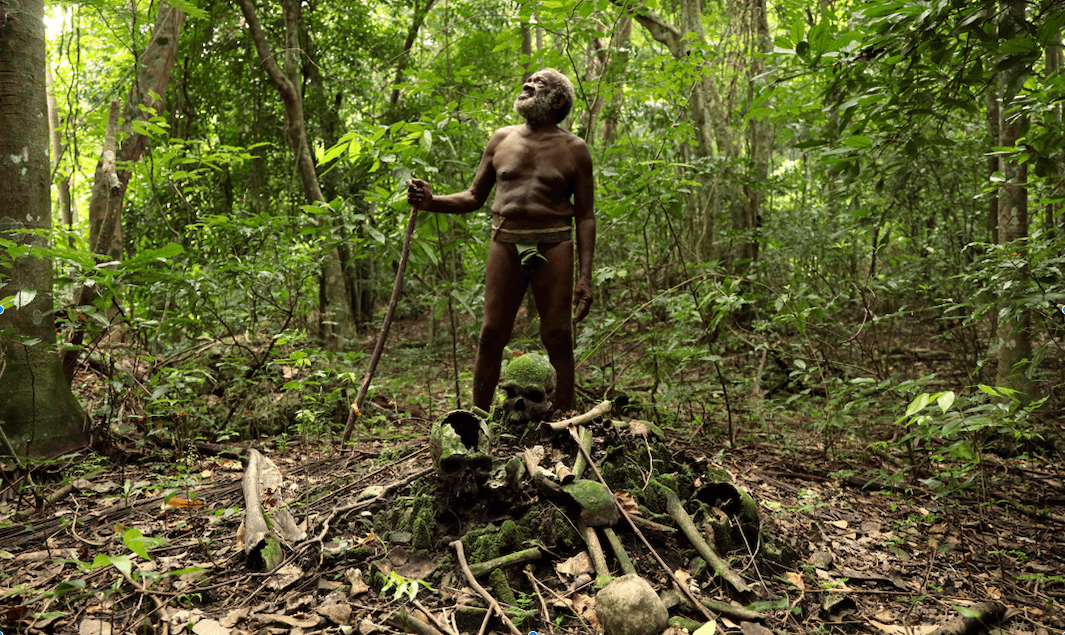 — Vanuatu, Journey to the End of the World

Hernin and Marcellin Abong are two Vanuatu twin brothers following very different career paths: one became Grand Chief of his tribe, while the other is an ethno-archaeologist. To keep track of their irremediably fading culture, they both go to remote parts of their island  in search of the customs and rites of other tribes . On foot and by pirogue, their journey takes them to grandiose and isolated territories, to discover spectacular and unknown rituals, even to them.